Warning: "continue" targeting switch is equivalent to "break". Did you mean to use "continue 2"? in /home/public/wp-includes/pomo/plural-forms.php on line 210
 Knockdown TV – Brian S. Chung 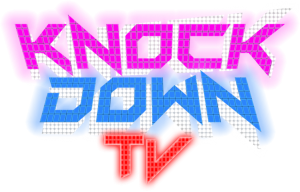 Knockdown TV is a simple fighting game where reading your opponent is everything. It’s all about knocking them down not just once, but again and again.

No long movelists to memorize or complicated inputs to practice. There’s just 3 attacks: punch, kick, and counter. Each attack knocks your opponent down to the ground. From there, they can either get up, roll left, or roll right — so try to get a follow-up hit!

More info, including Windows & Mac download, can be found at the official site:
Knockdown TV on itch.io

The initial creative challenge was to create a competitive game from a genre usually associated with complexity / high barrier to entry, but distilled down to the simplest and most accessible elements.

This goal led to designing towards a simple and competitive fighting game that emphasizes the yomi of the neutral game and the wake-up game.

Initial prototyping was based on 5 sets of exploratory questions:

As we moved from preproduction into production, there were some key decision points:

Most of these decisions made the art pipeline and QA process more cost-effective, and addressed some common challenges of building a fighting game within a short timeline, all while maintaining the most important design and creative goals.

NEUTRAL OPTIONS
When standing, you can punch, counter, or kick.

GROUNDED OPTIONS
When grounded, you can input left, right, or up.

TECHING
Teching is faster than the normal grounded options. You can tech by pressing the input at the right timing (just as you’re about to land on the ground). You can tech up, techroll left, or techroll right. 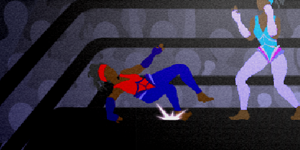 HEALTH RECOVER
If you can return to a neutral standing position from being grounded, you can recover up to 1 health. If you land an attack, it’s important to land a follow-up attack also! 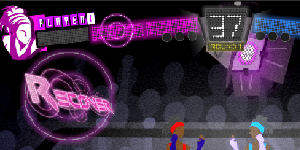 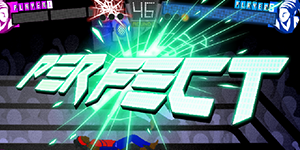 A spreadsheet of all the Knockdown TV frame data is available. Preview image is below. 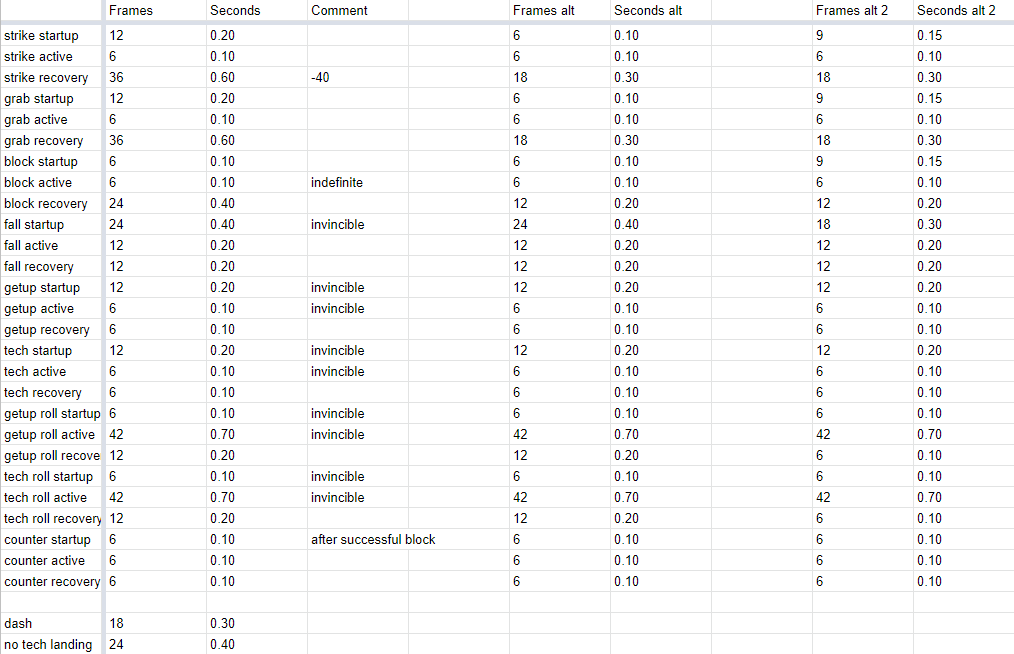 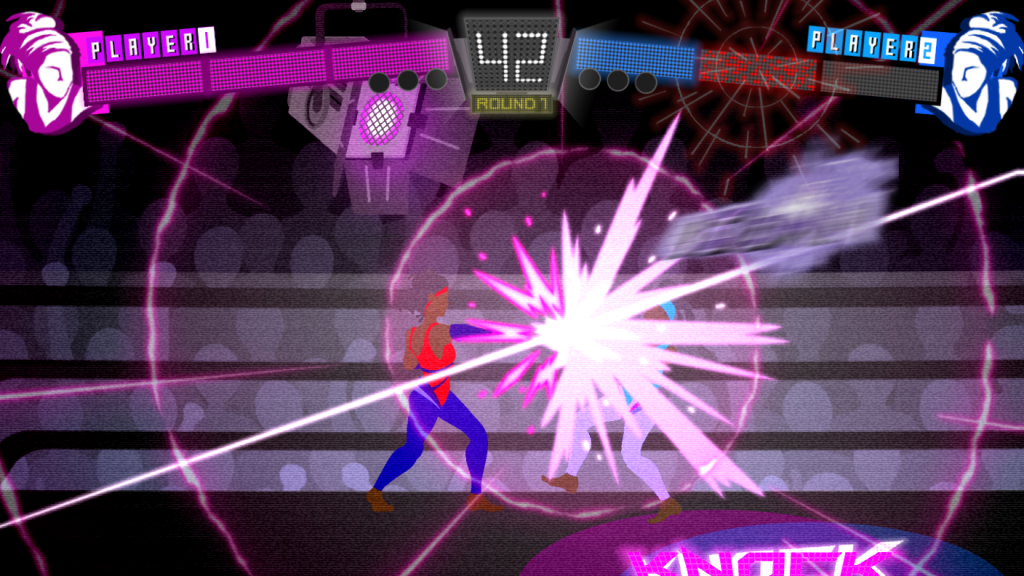 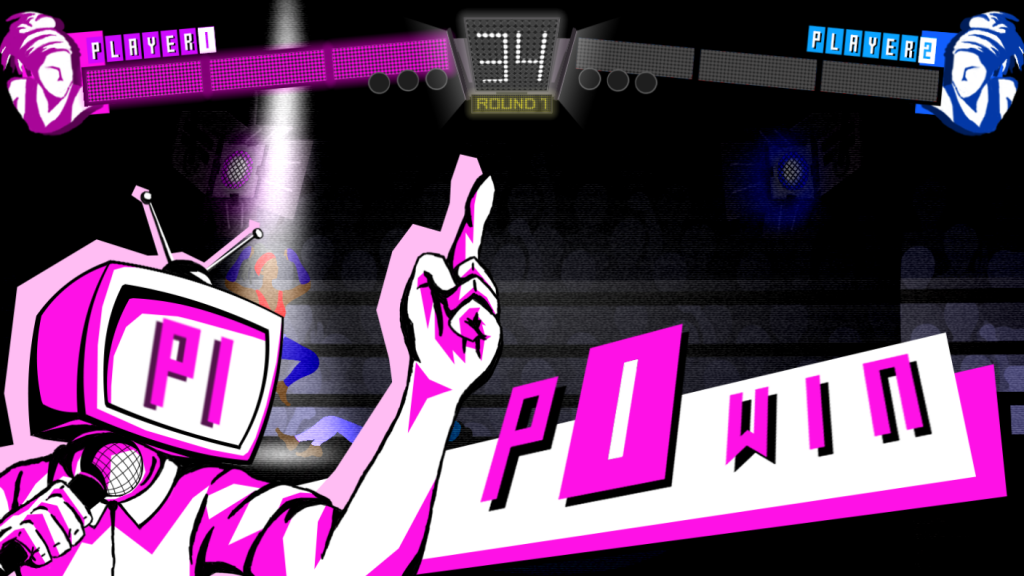 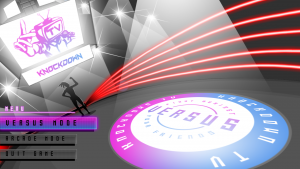 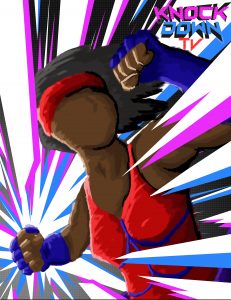 How To Play Document 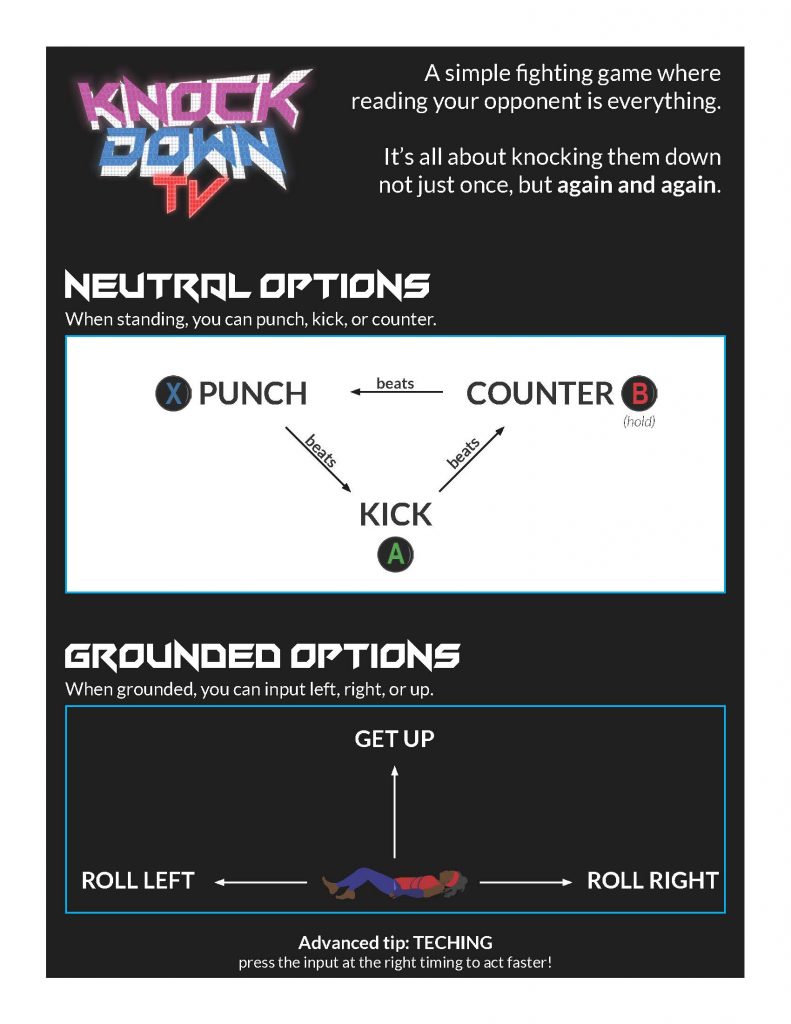 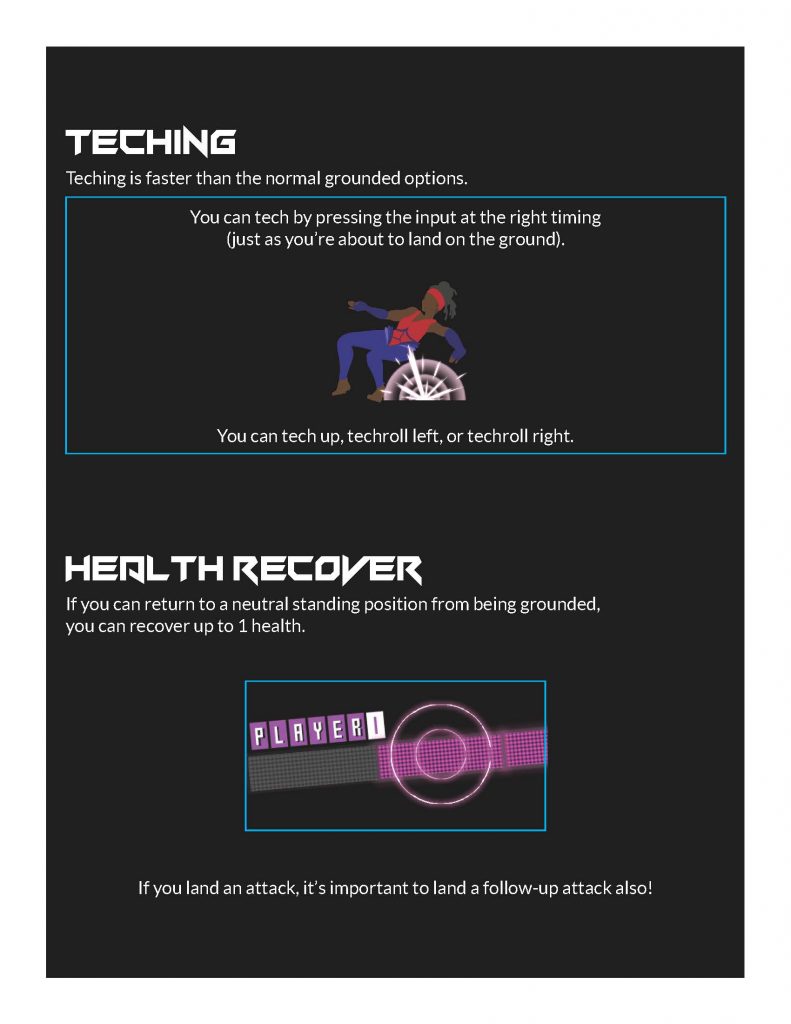